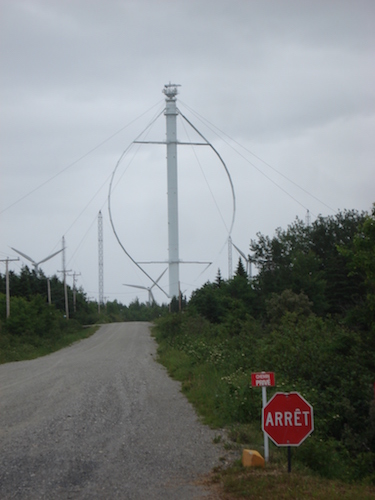 Wind energy is now cost-competitive with new large hydro development in Quebec, according to a 200-page report to the province’s Bureau d’audiences publiques sur l’environnement (BAPE).

The late February report, coordinated by ex-Devoir journalist Louis-Gilles Francoeur, concludes that the cost of three projects that received contracts after a provincial RFP in 2014 “was clearly less” than had been estimated for a previous round of approvals. Wind is “becoming competitive compared to the cost of acquiring new electricity from hydro.”

The BAPE noted that the utility had signed some power purchase agreements for a wholesale rate below 6¢ per kilowatt-hour, and the three projects in 2014 came in at an average of 6.3¢.

The report, which focused on a new 224.4-MW, 68-turbine wind farm to be built next year near Trois-Pistoles, “explored the dual mandate the government established for the new industry in the early 2000s: to produce power and support regional economic development with new manufacturing capability,” Le Devoir notes.

“Today, that industry accounts for about 1,200 jobs at manufacturing plants in the Gaspé, Matane, and New Richmond.”