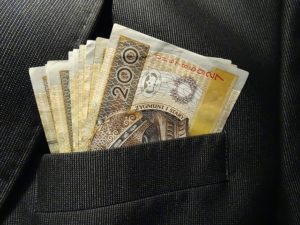 The Panama Papers produced early suggestions of tax avoidance in the fossil sector last week when CBC’s The Current reported on Heritage Oil Corporation, a Channel Islands-based business that appears to have relocated its head office to avoid US$400 million in tax on a $1.5-billion oil field sale in Uganda.

The Heritage deal in 2010 was just a small part of the deluge of documents obtained earlier this month by the International Consortium of Investigative Journalists.

“In a country where one in three people lives on less than $1.25 a day, $400 million represents more than the country’s health budget,” the Consortium reported. “Uganda spent years in court trying to force the company to pay its taxes. Meanwhile, hospitals in the shadow of the oil field lacked funds for even the most basic equipment. Patients slept on floors and were asked to bring their own medical supplies, such as sterile gloves and cotton balls.”

For Panama-based Mossack Fonseca, the law firm at the centre of the growing international scandal, the paper transaction was as simple as changing Heritage’s corporate address from one tax haven to another—in this case, Mauritius, a country with no capital gains tax.

“Uganda is a country that suffers from a high rate of HIV infections. There are approximately 1.5 million people who are HIV-positive in Uganda, and 300,000 of them currently receive no treatment whatsoever,” Kampala-based freelance journalist Michael O’Hagan told The Current host Anna Maria Tremonti. “This some $400 million could easily be used to treat those people who have never been reached, and who are at biggest risk.”

More broadly, “the health care system in Uganda is crumbling,” he said. “Just this week, the only radiography machine in Uganda broke down, and it’s going to be two years before a new machine can be paid for and delivered and built. Part of that is because there is simply no money available to plan for contingencies such as these breakdowns, and cancer patients are going to suffer very seriously as a result.”