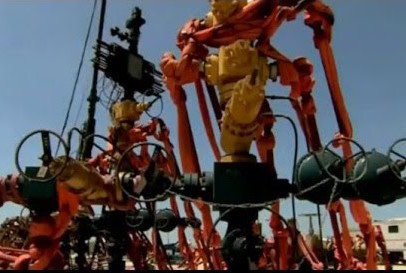 Global oil prices are expected to slump to US$35 per barrel after the world’s major petro-states failed to agree on a plan to limit their output during a high-stakes weekend meeting in Doha, Qatar.

“Until this morning we thought there would be a deal. We didn’t know Iran wasn’t coming,” said Oman Oil Minister Mohammed al-Rumhy. Qatari Energy Minister Mohammed Saleh al-Sada said negotiations among the countries will continue ahead of an OPEC meeting in June.

In early trading this morning, benchmark Brent crude fell almost 7% to US$41.80 per barrel, with only an oil workers’ strike in Kuwait keeping the price above $40, according to commodity traders.

While al-Sada claimed the “fundamentals of the market are generally improving,” Iranian Oil Minister Bijan Namdar Zangeneh said there was no point attending the Doha meeting “as we are not part of the decision to freeze output.” He added: “We can’t cooperate with them to freeze our own output, and in other words impose sanctions on ourselves.”

The Organization of Petroleum Exporting Countries’ chief executive was tight-lipped at the end of the session. “After 6 hours of meeting, OPEC secretary general left without saying a word,” tweeted Al Jazeera correspondent Basma Atassi. “Tired reporters pled: Just say anything.”

Atassi points back to the tense weeks leading up to the April 17 meeting, with oil prices rising and falling on rumours or hopes of a deal. “The run-up to the summit saw months of disagreements about the impact any freeze would have on individual OPEC members,” she writes. In the end, Iran “did not send a delegation to the meeting, saying it would not accept proposals to cap its production until it recovered a similar market share to that which it held before [economic] sanctions were imposed.”

Doha-based economist Abdurahim al-Hor said oil prices could fall to $35 per barrel with no production cap in place. “Countries came to the summit with different interests, and therefore the prospects of a deal were low,” he said. “The price has been fluctuating with a big margin before, between $20 and $40 in January, so the decrease now could also be big.”

Atassi notes that larger OPEC producers like Saudi Arabia “have insisted on keeping production levels high, because they do not want to lose customers to non-OPEC producers like the United States.” A day before the meeting, after Iran announced it would not attend, Huffington Post Canada reported the Saudis were “openly musing about flooding the world with desperately unneeded oil.”

Commerzbank AG was even more blunt. “Saudi Arabia intentionally torpedoed the agreement and was willing to accept its failure,” the Frankfurt-based global banking and financial services company told investors. “This has severely damaged the credibility of oil producers in general and of OPEC in particular.”

Bloomberg, meanwhile, carried a sobering assessment of the economic impact OPEC members face as a result of low prices. “The world’s top oil exporters are burning through their petrodollar assets at an accelerating pace, increasing the pressure to reach a deal to freeze production to bolster prices,” the agency reported. The countries have drawn down their foreign exchange reserves by US$315 billion since November 2014, including $54 billion in the last three months of 2015. Saudi Arabia has lost $138 billion in reserves, or 23% of its total.

But David Hufton, managing director of broker PVM, saw the Saudis hanging on for gain as well as pain. “Once again, the Saudis have delivered a hammer blow to fellow producers,” he said. “It promises to be the final nail in the coffin for those shale producers and their lenders hanging on for a short-term price reprieve.”

“We expect 2016 to be yet another painful year for most of the oil states,” added London-based oil analyst Abhishek Deshpande.