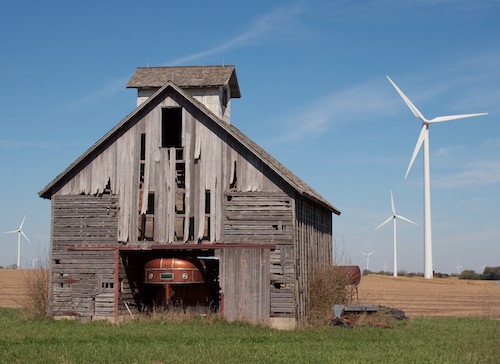 Warren Buffett’s MidAmerican Energy Co. is investing US$3.6 billion in a two-gigawatt, 1,000-turbine wind project that will be the biggest economic development project in Iowa history.

The project will bring MidAmerican’s wind output up to 85% of its annual customer sales and 40% of state demand.

“Our company has a very bold dream to some day deliver 100% renewable energy to our customers,” said MidAmerican CEO Bill Fehrman. “We know it’s the right thing to do, and we know it’s critical to take this giant step forward.”

Federal tax incentives over the next 10 years will enable MidAmerican to complete the project at no extra cost to customers.

“The potential for wind energy in Iowa and the nation looks endless,” added Sen. Chuck Grassley (R-IA), who played a key role in pushing the U.S. Production Tax Credit extension through Congress. “I’m grateful for the latest investment in the people of Iowa.”

The announcement earned praise from Bruce Nilles, senior director of the U.S. Sierra Club’s Beyond Coal campaign, who described the state’s “rapid transition from dirty coal to affordable wind” as “a game-changing new model for how utilities will reach 100% renewable energy more quickly than anyone would have predicted.”

Nathaniel Baer, energy program director at the Iowa Environmental Council, said MidAmerican’s 100% target “starts a new discussion about how to get there. It’s an important new direction.”

Iowa “gets a higher percentage of its electricity from wind than any other state,” and can export or import electrons as needed through the large Midwestern grid, Bloomberg notes. “Wind is always blowing somewhere, and this project will benefit the entire region,” Nilles told the news agency. With wind supplying 85% of MidAmerican’s output, he added, the utility will be able to “to shut down remaining coal plants that do nothing for their economy.”