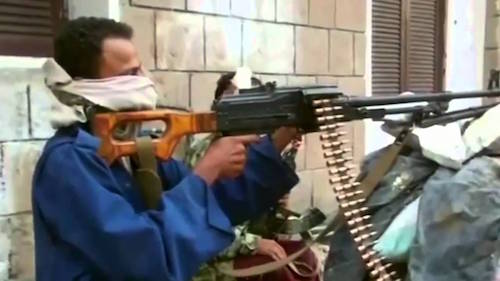 Classified cables between American diplomats discussing water shortages in the Middle East and the United States “read like diary entries from an apocalyptic sci-fi novel,” reporter Nathan Halverson writes, following an investigation by Reveal and the Center for Investigative Reporting.

The cables “show how a growing water crisis in the Middle East destabilized the region, helping spark civil wars in Syria and Yemen, and how those water shortages are spreading to the United States,” Halverson writes. The documents point to “mounting concern by global political and business leaders that water shortages could spark unrest across the world, with dire consequences.”

In September 2009, U.S. Ambassador to Yemen Stephen Seche reported that the country’s water minister had “described Yemen’s water shortage as the ‘biggest threat to social stability in the near future.’ He noted that 70% of unofficial roadblocks stood up by angry citizens are due to water shortages, which are increasingly a cause of violent conflict.”

Seche subsequently reported that 14 of the country’s 16 aquifers had run dry. “Water shortages have led desperate people to take desperate measures with equally desperate consequences,” he wrote, as water riots broke out across the country.

“Nestle thinks one-third of the world’s population will be affected by fresh water scarcity by 2025, with the situation only becoming more dire thereafter and potentially catastrophic by 2050,” the officials wrote. “Problems will be severest in the Middle East, northern India, northern China, and the western United States.”