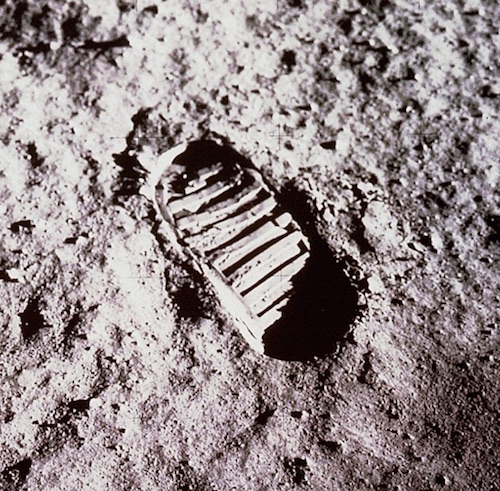 A year before astronaut Neil Armstrong set foot on the moon in 1969, the American Petroleum Institute already knew “that carbon dioxide from burning fossil fuels deserved as much concern as the smog and soot that had commanded attention for decades,” according to archival documents assembled by the U.S. Center for International Environmental Law (CIEL).

And that legacy of knowledge could expose today’s fossil industry to legal recourse, the Center suggests.

“From a products liability perspective, these documents raise potential claims that oil companies failed to warn consumers about a potentially serious risk linked to their products,” said CIEL President Carroll Muffett. “Once the companies learned this science, they can’t unlearn it.”

In a 1968 briefing, Stanford Research Institute scientists Elmer Robinson and R.C. Robbins warned the API that CO2 was “the only air pollutant which has been proven to be of global importance to man’s environment on the basis of a long period of scientific investigation,” InsideClimate News reports.

“If CO2 levels continue to rise at present rates, it is likely that noticeable increases in temperature could occur,” Robinson and Robbins wrote. “Changes in temperature on the world-wide scale could cause major changes in the earth’s atmosphere over the next several hundred years, including change in the polar ice caps.”

The Stanford paper and scores of others show “that the risks of climate change were being discussed in the inner circles of the oil industry earlier than previously documented,” ICN notes. The archives “reveal that the carbon dioxide question—an obscure corner of research for much of the 20th century—had been closely studied since the 1950s by some oil company researchers.”

Critically, that means all the companies’ actions since then took place “against the backdrop of the information they have from at least the 1950s onward,” Muffett said. “When Exxon and other companies are funding climate change denial in later stages and focusing on uncertainties, how does what they are saying now compare with what they knew at a much earlier stage?”

Exxon told ICN its scientists found “many important questions about climate change remained unanswered and more research was needed.” The Petroleum Institute did not respond to a request for comment.