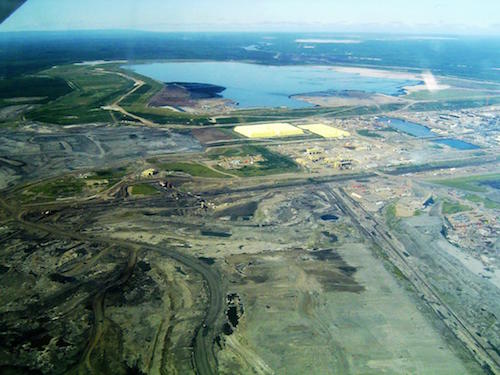 The regulator determined that CNRL “pushed the limit of how much steam it could reasonably inject underground at high pressures to release bitumen deep below the surface,” InsideClimate News reports. The study “also noted the area’s complex local geology as a critical contributing role. For one leak, officials partly blamed well-related failures. The combination of factors caused some of the crude to bubble up to the surface by way of natural or man-made cracks or faults in the bedrock, instead of through wells.”

The AER flagged risks associated with high-pressure cyclic steam stimulation (HPCSS), one of the two techniques tar sands/oil sands producers would rely on to tap about 80% of their remaining reserves. The other process, steam-assisted gravity drainage (SAGD), could be compromised by the same geohazards CNRL encountered at its four leaky wells.

“It’s concerning that things like this are coming to light long after the company has gone through its regulatory approval process,” Pembina Institute Director Chris Severson-Baker told ICN. “There may be other really critical things that aren’t known about how these technologies can be safely applied.”