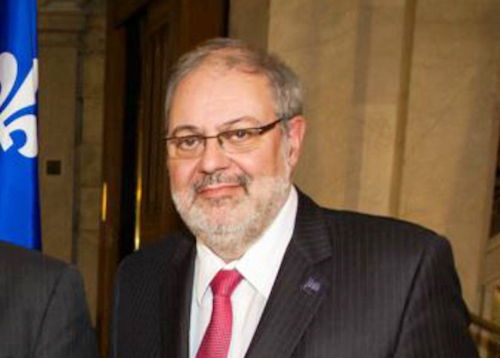 “What we are proposing to Quebecers is a new energy pact,” Energy Minister Pierre Arcand told media, adding that the move will increase renewables from 47 to 61% of the province’s total energy use.

“Arcand said the energy project would be introduced as a bill in Quebec’s provincial parliament, where the Liberals have a majority, by the end of the session in June,” Reuters reports. “It could be approved into law by the end of the year.”

The Minister wouldn’t say whether the decision would affect Quebec’s evaluation of the controversial Energy East pipeline, now the subject of provincial environmental hearings in Quebec City. “We have the objective of reducing greenhouse gases,” he said. “The TransCanada project transports oil that will use electric pumping stations. There are some greenhouse gas emissions, but will the emissions be significant? I can’t say.”