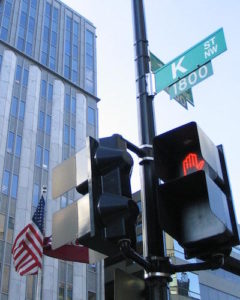 With Bloomberg projecting that affordable electric cars could bring on the next oil price crash as early as 2022, the fossil industry is fighting back, with Koch Industries selectively criticizing electric vehicle subsidies while oil interests in California lobby successfully against EV-friendly legislation.

“As EVs are poised for growth, oil industry interests are sharpening their knives,” Ceres Senior Policy Manager Ryan Martel writes on EcoWatch. “Recently, for example, Jim Mahoney, board member of Koch Industries, penned an op-ed in Fortune about opposing government subsidies that favor one form of energy over another.”

While Mahoney claimed that Koch “opposes all market-distorting policies, including subsidies and mandates,” Martel says he was curiously silent on fossil subsidies “that cost U.S. taxpayers $4.7 billion per year—some of which have been in place for more than 100 years. Or the numerous public lands leasing and royalty breaks for oil and gas production.”

Fossils have underestimated EVs’ competitiveness until recently. Now, though, “they are seeing the threat to their market share and are taking aim at the EV industry,” Martel writes.

“In October 2015, SB 350 passed—but without the key clause calling for a 50% reduction in petroleum use by vehicles by 2030,” writes Christine Ottery, deputy editor at Greenpeace’s @EnergyDesk. “This would have meant liftoff for the electrification of the transport sector in California and would have been the equivalent of removing 36 million cars and trucks from the road.”

During the crucial third quarter of 2015, when SB 350 was nearing a final decision, fossils spent US$11.5 million on state lobbying, against $3.68 million in Q2. The result: “We reached for something grand,” California State Senate leader Kevin de León (D-Los Angeles) said at the time. “But in the end, we could not cut through the multi-million-dollar smokescreen.”

The study defined “influence” based on a United Nations report produced in 2013 “to help companies align their climate change policies with their lobbying and communications strategies,” Bloomberg reports. “It’s a broad approach to understanding influence that includes not only direct lobbying, but also advertising, marketing, public relations, political contributions, regulatory contacts, and trade associations.”

Influence Map assigned each organization a letter grade, from A to F, to reflect their impact in obstructing climate policy. “ExxonMobil pulled an E-minus, Shell a D-minus, and each of the three trade groups got an F,” Bloomberg notes.