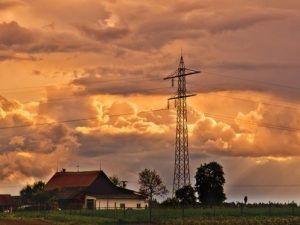 Structurally different costs explain why wind and solar power are “crushing” oil and gas, and will continue to do so, even with fossils at their lowest prices in years, said Bloomberg New Energy Finance advisory board chair Michael Liebreich.

“We’re in a low-cost-of-oil environment for the foreseeable future,” Liebreich said at the BNEF Summit in New York on Tuesday. “Did that stop renewable energy investment? Not at all.”

Instead, the winning bids from companies participating in recent solar and wind power supply auctions in Mexico and Morocco “promised to produce electricity at the cheapest rate, from any source, anywhere in the world,” he observed.

Liebreich drew a critical distinction between fossil fuels and renewable energy sources. The first relies on a consumable commodity that, over the long run, becomes more expensive to recover. The latter relies on technology that becomes cheaper and more efficient over time. Moreover, renewable ‘fuel’—sunlight, wind, waves, and geothermal heat—is free.

As a result, the cost of generating solar power today is 1/150th of what it was in the 1970s, and the volume being generated has doubled seven times over since 2000. (Solar costs continue to fall, dropping by 5% in just the last year by one calculation.) World wind power capacity has doubled four times since the turn of the century. Over the same period, the International Energy Agency raised its forecasts for solar’s contribution to global energy markets 14 times, and its forecast for wind five times.

By contrast, Bloomberg notes, the number of oil rigs active in the U.S. last month was the lowest since record-keeping began in the 1940s.