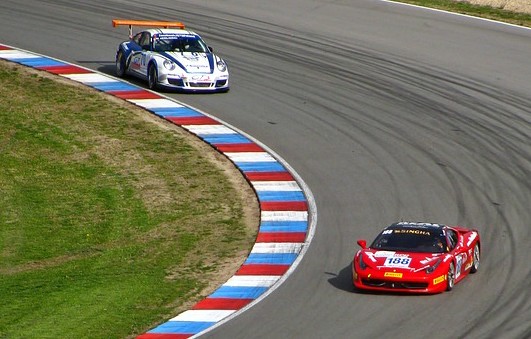 Nearly a third of a million people had pre-ordered Tesla’s recently-unveiled Model 3 electric sedan as of Thursday. But that’s not deterred what may be the world’s most iconic trophy car brand from planning to pass the start-up when it comes to heart-pounding automotive excitement, the head of Porsche’s electric vehicle division says.

The Volkswagen unit’s in-development 600 horsepower, fully-electric Mission E Porsche will likewise be “guaranteed to rank as the highest performing car in its segment, regardless of the model and price frame,” Stefan Weckbach told Bloomberg in an interview. “The Mission E will perform on at least a comparable level to our internal combustion models.”

In particular, Porsche plans to stand out on the one performance factor most likely to ignite adrenalin: acceleration. Not just one time, but repeatedly—an accomplishment Weckbach says other electric vehicles fail to deliver.

“Some of our competitor cars are very fast going from zero to 100 for the first time, but the second, third or fourth times, [they] have big derating problems with engine or battery due to overheating,” he told Bloomberg. “Reproducible performance is very important to us. This means that you can charge the battery once and the car can accelerate very quickly from zero to 100 kilometres per hour on multiple occasions off that one charge.”

In addition to reaching 100 kph in 3.5 seconds (Tesla promises the same in under six seconds), Porsche is holding out for a 15-minute wireless recharge to 80% of the Mission E’s battery capacity, “much faster than any competitor will be offering in the next few years as far as we know,” Weckbach added.

Where Porsche and Tesla may see eye-to-eye, the executive noted, is in the need to build out compatible recharge station networks. He calls it “critical” to all manufacturers “that we have charging infrastructure in place within the next three to five years in key markets like the U.S. and Europe.”

Tesla is currently promising its Model 3 by the end of 2017, with a price tag of US$35,000. The Mission E will be available “by the end of the decade,” Weckbach says, at a price still to be determined.