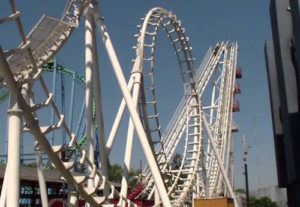 Oil and gas prices will shake off their short-term vapours by 2018 and return to robust levels of more than $120 a barrel for benchmark crudes, at least one analyst believes, despite a flurry of sharply differing views.

“I think I can make a strong case for US$120 oil in 2018,” commodity trader Dan Dicker writes on OilPrice.com, based on a sharp drop-off in exploration and development funding over the past 24 months. “Longer-term projects from virtually all [non-shale] conventional and non-conventional sources have not been funded for the past two years,” he observes. “There won’t be the oil from them that was planned upon.”

Meanwhile, “financing constraints and the lack of quality acreage, among other reasons,” mean U.S. shale producers “cannot in any way repeat the frantic production increases they achieved from 2012-2014 ever again,” Dicker argues.

The drop in project development will collide with a continuing rise in oil demand, he predicts, resulting in “a violent crossing of the demand and supply lines–and an equally violent move in the price of oil,” exacerbated by “a massive influx of speculative money, driving up prices even more quickly and steeply.”

Dicker’s theory gains some support from Credit Suisse Global Energy Economist Jan Stuart who, according to Bloomberg, believes that oil demand “growth appears to be re-accelerating” in 2016.

However another Bloomberg report quotes New York energy hedge fund investor John Kilduff, who questions the strength of recent upticks in global crude prices. “The rally has come from shorts getting scared out of their positions, and you’re not seeing a lot of money coming in on the long side,” Kilduff said. “It really calls into question the fortitude and staying power of the rally.”

And most other views are more cautious. “Sentiment in Brent and West Texas Intermediate (WTI) futures remained soft,” the Globe and Mail reported, “with investment banks, such as Barclays and Macquarie, warning that market fundamentals were weak enough to pull prices back to US$30 a barrel levels.”

Indeed, Barclay’s is warning that “commodities including oil are at risk of steep declines,” the Financial Post writes, “as recent advances aren’t fully grounded in improved fundamentals. Prices may tumble as investors rush for the exits.”

Likewise, Canada’s recent federal budget anticipated crude prices in the US$50 range well into the next decade.