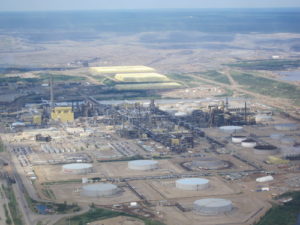 Alberta has abandoned its latest effort to provide credible, independent environmental monitoring of the tar sands/oil sands after just two years, calling the Alberta Environmental Monitoring, Evaluation and Reporting Agency (AEMERA a “failed experiment” in light of a damning outside assessment.

In the two years after the federal government set it up in 2014, “its successor apparently fared no better,” the publication observes, describing AEMERA as “dysfunctional, inefficient, and redundant.”

The study prepared for the Alberta government by Paul Boothe, a former Environment Canada deputy minister who now heads the Lawrence National Centre for Policy and Management at Western University’s Ivey School of Business, found the agency’s staffing bloated by 42 “strategy and communications staff for just 95 scientists and monitors,” Alberta Oil adds.

An earlier review had given the Alberta-Ottawa Joint Oil Sands Monitoring program, which oversaw AEMERA, “a solid B” in February.

The Alberta Government will disband the agency’s board, while its chief scientist and independent review panel will be folded into a new monitoring division of the provincial Ministry of Environment and Parks.