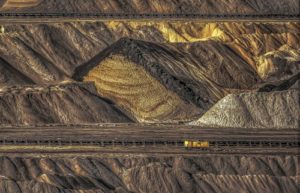 U.S. tech giants, municipal governments, and some utilities are all filing legal briefs in support of the Environmental Protection Agency’s Clean Power Plan as the DC Court of Appeals prepares to hear arguments on the rule, a centerpiece of the Obama Administration’s response to climate change.

“Delaying action on climate change will be costly in economic and human terms, while accelerating the transition to a low-carbon economy will produce multiple benefits with regard to sustainable economic growth, public health, resilience to natural disasters, and the health of the global environment,” states a joint submission by Apple, Google, Microsoft, and Amazon.

“The four companies say there’s good reason to listen to them: they’re ‘major purchasers of electricity’ who all hope to eventually use entirely renewable sources, and are already making large strides in that direction,” The Verge reports. While several state attorneys general oppose the CPP, “Apple and the others try to argue that these rules don’t represent that much of a challenge. They’ve been moving toward renewable energy for years, and the power companies complaining about this rule can use the ‘same techniques that [the tech companies] have successfully used to help accelerate their sustainability goals.’”

The amicus brief from the National League of Cities, the U.S. Conference of Mayors, and 54 local governments “argues that the EPA has a duty to protect the public from harmful pollution in ways laid out by the Clean Power Plan,” The Atlantic CityLab notes. “Cities, meanwhile, are uniquely vulnerable to climate change and are already paying for its effects, they say.”

While amicus briefs don’t win or lose court cases on their own, “this should send a powerful message about the widespread support that the Clean Power Plan enjoys from local governments all around the country, regardless of their size, because the impacts are being felt everywhere and all of these governments are having to respond to climate change,” Michael Burger, executive director of Columbia Law School’s Sabin Center for Climate Change Law, told CityLab.