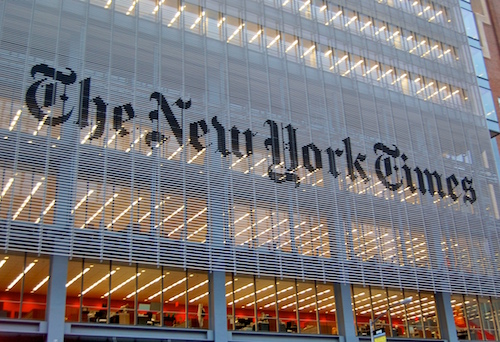 The claim that developing countries need inexpensive coal to keep energy affordable “is losing its salience as the cost of renewable energy sources like wind and solar continues to fall,” the prestigious New York Times editorial board opines this week, in a wide-ranging post that tracked the clean energy revolution taking shape around the world.

“The average global cost of generating electricity from solar panels fell 61% between 2009 and 2015 and 14% for land-based wind turbines,” the Times notes. “In sunny parts of the world like India and Dubai, developers of solar farms have recently offered to sell electricity for less than half the global average price. In November, the accounting firm KPMG predicted that by 2020 solar energy in India could be 10% cheaper than electricity generated by burning coal.”

Despite political obstacles, parsimonious funding for international climate action, and the still-high cost of battery storage, the broader signs “are all hopeful,” the editors stated. “They suggest that reductions in carbon emissions can be achieved more quickly and more cheaply than widely believed. And they provide hope that nations will be able to achieve the ambitious goals they set for themselves at last December’s climate summit meeting in Paris.”