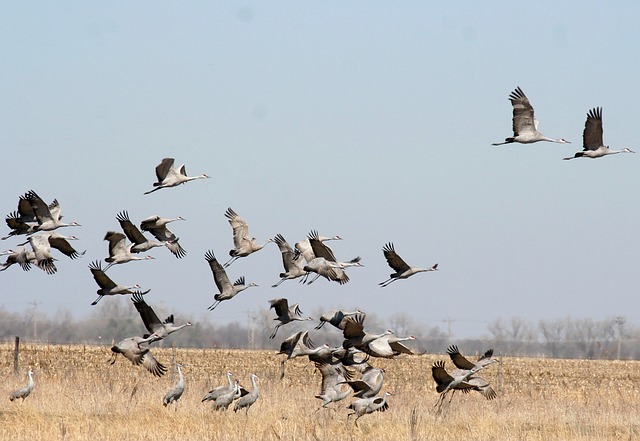 The American Bird Conservancy is calling for mandatory permitting of wind farm locations for their impact on avian life, after publishing a new report identifying what it calls the country’s 10 most poorly-sited current or proposed turbine locations for bird mortality.

“It is not ABC’s intention to criticize wind development in general,” the group stressed. “Rather, this list is intended to demonstrate that there is an inadequate system of checks and balances to protect America’s ecologically important migratory and resident birds from poorly sited wind energy development.”

As a result, “hundreds of thousands of protected birds, including some endangered species, are already being killed annually in collisions with wind turbines and associated power lines,” the group warned. “Prosecutions have taken place, because the killing of migratory birds without a permit is a violation of federal law.”

The Conservancy’s worst-ten list includes Chokecherry and Sierra-Madre, in Wyoming, which it says is “located in key breeding and foraging habitat for Greater Sage-Grouse and Golden Eagle”; Gulf Wind, in Texas, located in a migratory pathway for songbirds; and Laurel Mountain, West Virginia, where nearly 500 birds of at least 30 species were killed in collisions with facility installations on a single foggy night in 2011.

“ABC believes that a mandatory permitting system is the best means to create a level playing field for all wind operators. Those trying to do the right thing should not be placed at a competitive disadvantage if they incur costs (or have reduced income) when implementing proper siting and bird mitigation.”

American Wind Energy Association spokesperson John Anderson dismissed the conservancy’s concern as out of proportion to other threats. “In comparison with other structures and environmental toxins which are responsible for killing between 490 million and 2.9 billion birds every year,” said Anderson, AWEA’s senior director for permitting policy and environmental affairs. “Wind energy will never be more than an extremely small fraction of human-related bird fatalities.”