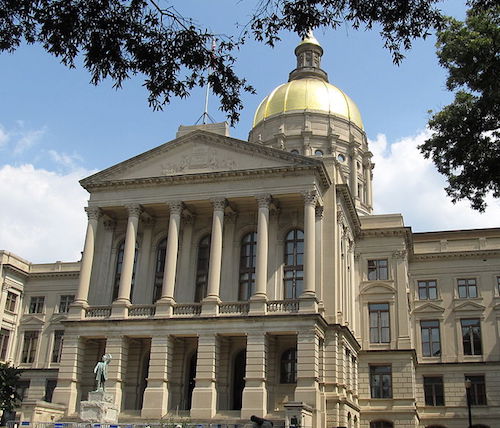 Kinder Morgan, the Houston-based proponent of a controversial plan to double the capacity of a pipeline through the southern Rocky Mountains to carry diluted bitumen from Alberta to Vancouver, has backed away from another project in the United States.

North America’s largest energy infrastructure company said last week it was suspending construction of the US$1-billion Palmetto pipeline it had intended to carry gasoline and diesel from Belton, SC, to Jacksonville, FL. In a statement on its website, the company blamed “unfavourable action by the Georgia legislature regarding eminent domain authority and permitting restrictions for petroleum pipelines.”

Kinder Morgan had a 370,000-gallon gasoline spill on its existing line at Belton in 2014, and the proposed Palmetto route would have crossed a number of waterways. Georgia state legislators who unanimously supported a moratorium on the construction of the 580-kilometre pipeline said the pressure they had received from the public mostly had to do with objections to the use of eminent domain (expropriation) to assemble rights of way for the pipeline.

Some land titles in eastern Georgia predate U.S. independence, and landowners “believe God gave them that property and Kinder Morgan is going to come through and take it away from them through eminent domain,” said state representative Bill Hitchens, who voted for the moratorium. “They just didn’t believe it was right that they would have to give up their property to the largest pipeline company in the country that is making billions of dollars, so they could make billions of dollars more.”

In January, Bloomberg described Kinder Morgan’s planned Canadian Trans-Mountain expansion as “in limbo,” given the number of questions hanging over both the project itself and Canada’s National Energy Board, which is weighing the pipeline company’s application.