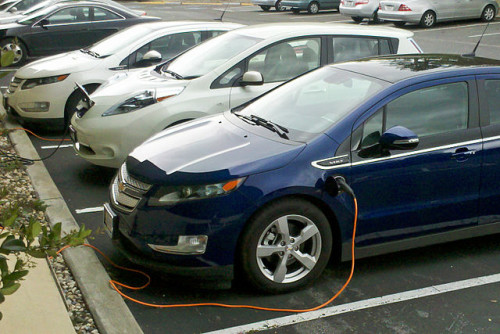 The last gasoline-fuelled, internal combustion engine automobiles will disappear from new car showrooms in the Netherlands by midnight December 31, 2024, if a bill that has just passed the lower house of the country’s Parliament becomes law.

The chamber gave majority support to legislation proposed by the governing coalition member Labour Party that would prohibit the sale of gasoline or diesel cars as of January 1, 2025. Thereafter, Inside EVs reports, “only sustainable, zero-emission cars will be available to be purchased.”

The bill, if it became law, would very sharply accelerate the Netherlands’ previous commitments to decarbonize road transport. Last year, the country joined eight U.S. states and five countries in the International Zero-Emission Vehicle (ZEV) Alliance, pledging to make all new passenger vehicles electric by 2050. The roughly 43,000 new plug-ins purchased in 2015 made up just under 10% of all new vehicles registered.

The Netherlands is under a court order to reduce its greenhouse emissions by 25% in a little over four years.