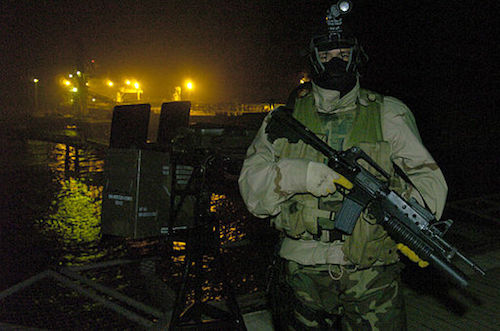 A neutral observer might suggest that at least two of the five are already well on their way. In the report, RBC’s global head of commodity strategy, Helima Croft, identifies the “fragile five” as Algeria, Iraq, Libya, Nigeria, and Venezuela. “These countries face a mix of social, political, and terrorism-related upheavals that could either lead to a regime change or create great instability that could knock out their oil production, leading to an oil supply shock,” the Financial Post reports.

Those states “were already facing severe political and security challenges when oil prices were above $100 a barrel,” Croft wrote. “The situation has grown far more grim as these countries have struggled to fund their state apparatuses and provide essential services.”