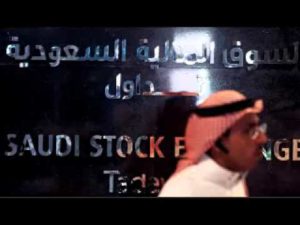 The country whose name is almost synonymous with oil—Saudi Arabia—has confirmed plans to raise US$2 trillion to fund its post-oil economy by allowing private investors to buy a stake in state-owned Saudi Aramco.

Deputy Crown Prince Mohammed bin Salman, second in line for the Saudi throne, laid out the plan to build the world’s largest sovereign wealth fund in an interview with Bloomberg News. While the Kingdom will initially sell less than 5% of Aramco, he said the new Public Investment Fund it is creating will eventually control more than $2 trillion in investment assets.

“Undoubtedly, it will be the largest fund on Earth,” the prince said. “This will happen as soon as Aramco goes public.” Bloomberg reports the fund would be big enough to swallow the world’s four largest publicly-traded companies: Apple, Google’s parent Alphabet Inc., Microsoft Corporation, and Berkshire Hathaway.

Aramco itself will be weaned off oil and transformed into an industrial conglomerate, in keeping with a direction signalled earlier this year by the entity’s chair, Khalid Al-Falih.

“Within 20 years,” said Prince Mohammed, who oversees the Saudi finance and oil ministries as well as the Council for Economic and Development Affairs, “we will be an economy or state that doesn’t depend mainly on oil.”