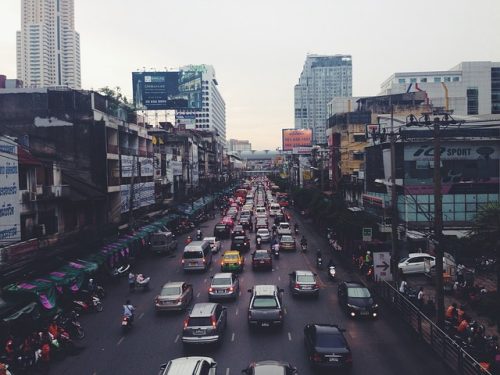 India, the world’s second-most populous country with 1.2 billion people, is setting its sights on converting its roads to an all-electric vehicle fleet within 14 years.

Car ownership is an increasingly achievable status symbol in a country that still has millions of very poor, but whose economy has been growing at 7.3% a year, raising concern for air quality in India’s mega-cities. The announcement by Piyush Goyal, India’s Minister of Coal, Power, and New and Renewable Energy, proposes a path to reduce vehicle emissions.

The announcement did not address where the electricity would come from to drive hundreds of millions of new electric cars and trucks. The country last year announced plans to double its electrical generation from coal by the end of this decade, despite growing evidence that solar power is cheaper.