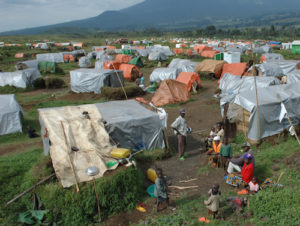 “It is now beyond argument that human rights law includes obligations relating to the environment,” a United Nations special rapporteur has declared, calling on Canada and other nations to acknowledge a legal right to “a safe, clean, healthy and sustainable environment,” even in times of war.

“Environmental degradation can and does interfere with the enjoyment of a wide range of human rights,” John Knox observed in a report to the UN Human Rights Council. Equally, protecting environmental rights leads to improvement in other dimensions of human life.

“Experts have identified many potential benefits of adopting a constitutional environmental right,” Knox wrote, “including stronger environmental laws; a safety net to protect against gaps in laws; rais[ing] the importance of environmental protection as compared with economic development; and better access to justice and accountability.” Knox urged states to consider establishing special courts to adjudicate violations of environmental rights, as Costa Rica and the Australian state of New South Wales have both done.

More than half the UN’s members embed some form of environmental rights in legislation or policy, and several have entrenched that right in their constitutions. Canada’s Charter of Rights and Freedoms does not include such an entitlement, although groups like the David Suzuki Foundation have pressed for a Constitutional amendment to include one.

Knox called on the international community during the Paris climate summit to include a broad range of environmental damage among violations of human rights.

“The rapid expansion of peacetime environmental law in recent decades has thrown the inadequacy of legal protection in relation to armed conflicts into sharp relief,” Resilience.org reports. “The environment can be harmed directly, or [by] the generation and dispersal of pollutants. Or conflict may have indirect consequences, such as those caused by population displacement or the abuse and misuse of natural resources. Each of these may have repercussions for human health, well-being, and livelihoods.”