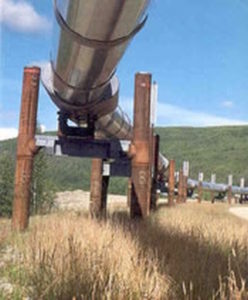 TransCanada Corporation will sell off its Kibby wind power installation in Maine, along with hydropower assets in New England, to help fund its US$10.2-billion acquisition of Columbia Pipeline Group Inc.

The deal means the company behind the controversial Keystone XL and Energy East pipelines is rebalancing its portfolio away from clean energy, in favour of what the Globe and Mail called “a rare opportunity to acquire an expanding portfolio of pipeline and storage assets in two of North America’s fastest-growing shale gas plays.”

Along with the hydro and wind assets, TransCanada is working with JPMorgan Chase & Co. to find buyers for fossil generation facilities in Pennsylvania, New York, and Rhode Island, as well as a minority share of the company’s natural gas pipeline operations in Mexico.

Moody’s Investors Service valued the combined assets at US$7.1 billion.

TransCanada paid US$2.9 billion for one of the fossil plants, the Ravenswood gas- and oil-fired generation station in New York, in 2008. But “it would be difficult in the current environment to fetch a sale price that high,” Bloomberg reports, citing analyst Travis Miller’s estimate that it might sell for $1.98 billion.