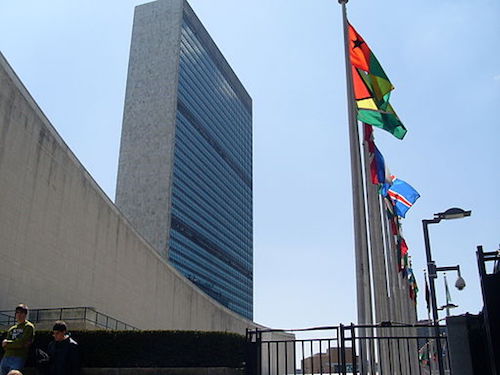 An all-time record number of countries will likely be in New York on Earth Day April 22 when United Nations Secretary General Ban Ki-moon opens the Paris agreement for official signatures.

“There is extremely strong political will to be part of this historic moment,” said Selwin Hart, director of Ban’s climate change support team. “Countries are excited and energized around participating.”

The previous first-day record for an international agreement was set on December 10, 1982, when 119 countries signed on to the UN Convention on the Law of the Sea. About 195 countries agreed to the climate accord in Paris last December.

The agreement will enter into force when it is ratified by at least 55 countries, representing at least 55% of global greenhouse gas emissions.

“The agreement can be formally signed by any representative designated by a country, and Hart said that signing the accord would enable it to be accepted at the national level,” Reuters reports.

In a message Wednesday to mark World Meteorological Day, the Secretary General warned of a “narrow and rapidly shrinking” window of opportunity to meet the Paris target of keeping average global warming “well below” 2°C and pursuing efforts to keep it to 1.5°C.

“The effects of a warming planet will be felt by all. Sea levels are rising, and extreme weather is becoming the new normal,” he said. “The world must act now to transform the global economy for low-emissions growth and to strengthen resilience to the inevitable changes to come, especially in less well-developed countries.”