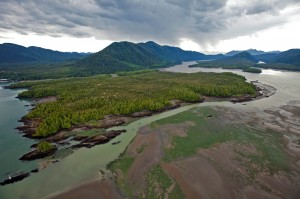 “It is critical to get this decision right,” she said in a statement. “Therefore, I am providing the proponent an additional opportunity to clarify its mitigation plan, clarify its concerns on the current conditions, and ensure the risks posed are minimized.”

That wasn’t good enough for Coleman, part of a government that staked its success on rapid LNG development. “I’m confident that any remaining questions can be answered completely and quickly,” he said Monday. “They have to be.”

Earlier this month, the CEO of Malaysian state oil company Petronas threatened to withdraw support for the Pacific NorthWest project if it didn’t receive federal approval by March 31. Pacific NorthWest President Michael Culbert subsequently walked back the statement, but news reports captured Petronas’ frustration with what it sees as undue delays on the project.

McKenna called LNG development “a significant economic opportunity for Canadians and British Columbians,” but stressed that development must take place “in an environmentally sustainable manner. We are committed to rebuilding Canadians’ trust in environmental assessments, and to do so we need to make sure assessments are thorough and credible.”

A key concern for the CEAA is Pacific NorthWest’s refusal to restrict marine construction to certain times of day, in a bid to minimize impacts on herring spawning, salmon rearing, and marine mammal migrations. “The letter also raises questions about human health, with round-the-clock disturbance from night-time construction, and is requiring a ‘quantitative assessment’ of the effects on human health from the night-time light and noise,” CBC notes.