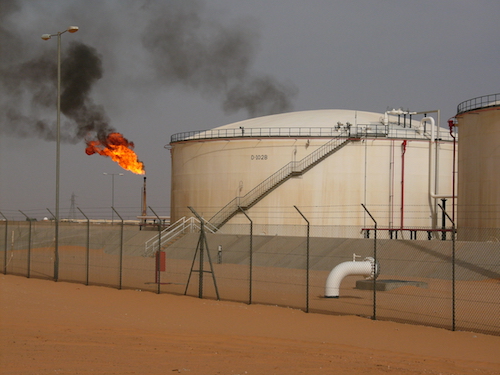 A potential deal between Russia and the Organization of Petroleum Exporting Countries (OPEC) to freeze oil production is meaningless without key countries at the table, the head of the International Energy Agency’s oil industry and markets division told an industry event earlier this week.

Qatar is hosting a much-touted meeting of OPEC and non-OPEC producers in Doha April 17, in the hope of building wider support for a production freeze. But Neil Atkinson wasn’t impressed.

“Amongst the [participating countries] that we’re aware of, only Saudi Arabia has any ability to increase its production,” he said. “So a freeze on production is perhaps rather meaningless. It’s more some kind of gesture,” designed to “build confidence that there will be stability in oil prices.”

The two other countries with “ample room to increase output,” Libya and Iran, are “snubbing the initiative,” The Guardian notes.

The paper reports that benchmark Brent crude oil prices increased by 50% last month, after Russia, Saudi Arabia, Venezuela, and Qatar agreed to freeze production at January levels. But the price had fallen so far—to a 12-year low near US$27 per barrel—that even a 50% gain translated into a price of about US$40. Since then, that price has waxed and waned on rumours of more or less successful negotiations among producers.

The previous meeting in Doha “may have ended in an agreement, but it opens up more questions than it answers,” analyst David Hufton of PVM Oil Associates said at the time. “All the meeting has done is highlight the difficulties in reaching any agreement. The market needs a cut, not a production freeze.”

The IEA does expect oil prices to stabilize in the high US$30s per barrel this year and recover further in 2017, Atkinson said.