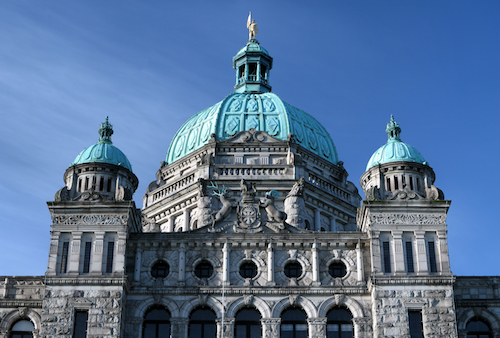 Implementation of the recommendations put forward by British Columbia’s Climate Leadership Team has been assigned to a former director of the Fraser Institute, a think tank with a history of denying the science behind climate change.

Mihlar previously headed B.C.’s Oil and Strategic Initiatives Division, where he was responsible for overseeing the province’s oil development. In an earlier stint with the Vancouver Sun, he encouraged readers to “think of coal to meet our future energy needs,” PressProgress reports, “wrote that “global warming is the latest weapon in the West’s arsenal to subjugate and impoverish millions of people in the Third World,” and compared ‘eco-imperialist generals and their foot soldiers’ who want to ‘save the planet’ to the ‘racist behaviour’ of European colonialism.”

“To bring someone with that kind of pedigree into this role really suggests that the goal of Christy Clark is going to be trying to make sure climate policy doesn’t interfere with the real priorities of the government, which is developing LNG and other fossil fuel opportunities,” Simon Fraser University Prof. Shane Gunster told the National Observer.

“It’s a clear signal from the premier about how important she thinks the climate file is and it appears to be not very,” added provincial NDP environment critic George Heyman.

On the other hand, Ontario NDP Vice President Scott Stager Piatkowski suggested in a Facebook comment the appointment could lead to a neat, simple answer for B.C.: “It’s all a hoax!!! Here’s my invoice.”