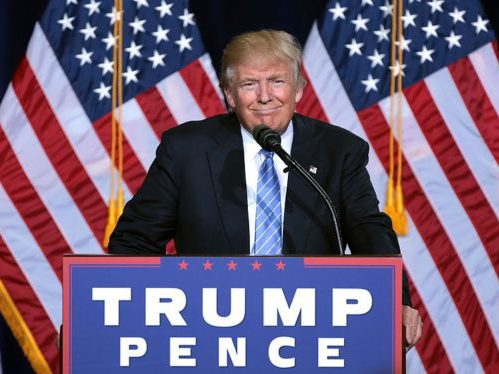 Donald J. Trump, leading the race to be the Republican nominee U.S. president, doesn’t release policy statements. He tweets, constantly. Greentech Media’s Eric Wesoff waded through the flow to dig up The Donald’s views on energy and climate (so you don’t have to).

On solar: “Another solar company @BarackObama funded with our money has filed for bankruptcy. One more failed green venture–and lots more to come.” (1:49 PM – 3 Apr 2012)

On climate change: “This very expensive GLOBAL WARMING bullshit has got to stop. Our planet is freezing, record low temps, and our GW scientists are stuck in ice.” (6:39 PM – 1 Jan 2014), and:

“The concept of global warming was created by and for the Chinese in order to make U.S. manufacturing non-competitive.” (1:15 PM – 6 Nov 2012)

In an interview this week with the Washington Post editorial board, Trump added this mystifying observation: “We have much bigger risks [than climate change]. I think our biggest form of climate change we should worry about is nuclear weapons.”