Tesla Backs Away from 10-kWh Powerwall 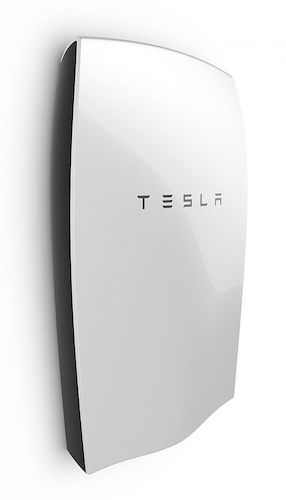 In a rare reversal, Tesla Energy has discontinued one of its leading-edge electricity storage products: a 10-kilowatt-hour battery for homes marketed under the Powerwall name.

The lithium-ion units had been “marketed as a backup power supply capable of 500 cycles, at a price to installers of $3,500.” Greentech Media reports. “Tesla was angling to sell the battery to consumers who want peace of mind in the event the grid goes down.”

Early response to Tesla’s line of stationary batteries was strong. But the cost of installation and ancillary equipment was factored in, the performance of the 10-kWh units just didn’t “pencil out,” Greentech’s Julia Pyper writes, compared to the much lower cost of conventional lead-acid batteries.

Last week, Tesla confirmed to Pyper that it was discontinuing the 10 kilowatt model, but insisted it would continue to market a smaller, 7-kWh model it calls the Daily Powerwall. “We have seen enormous interest in the Daily Powerwall worldwide,” a spokesperson said in an emailed statement. The unit “supports daily use applications like solar self-consumption plus backup power applications, and can offer backup simply by modifying the way it is installed in a home.”