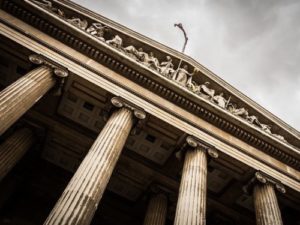 Banks and private equity funds are increasingly turning their backs on the U.S. coal industry, as the former ‘king’ of energy staggers under recurring bankruptcies.

“The coal industry is in a free fall and the banks are pulling away,” the New York Times reports, citing announcements in recent weeks by J.P. MorganChase, Bank of America, Citigroup, and Morgan Stanley. “Even many more daring investors like hedge funds and private equity firms, usually eager to pounce on industries in distress, are shying away from coal.”

Coal’s status as financial kryptonite is now imperilling efforts by the United States’ biggest coal company, Peabody Energy, to pull itself back from the brink of insolvency by selling three of its mines in western states to Bowie Resource Partners. “Bowie in recent weeks has apparently had trouble raising the full $650 million in debt to acquire the mines,” the Times notes. Meanwhile, Peabody warned last week that it would not make $71 million in scheduled interest payments.

“There are always going to be periods of boom and bust,” said Chiza Vitta, a metals and mining analyst with Standard & Poor’s. “But what is happening in coal is a downward shift that is permanent,” driven by cheaper, cleaner alternatives and increasingly stiff environmental regulations.