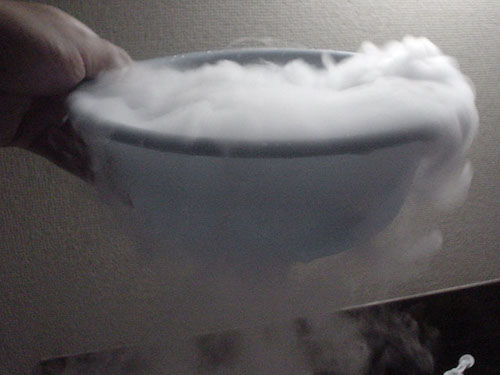 General Electric researchers are using a novel application of captured carbon dioxide to drive a solar-powered generator small enough to sit on a shelf and big enough to light up 100,000 homes, Fast Company reports.

The 40-centimetre ‘sunrotor’ device doesn’t do that on its own, GE concedes. But paired with a concentrating solar collector and liquid-salt heat storage—a relatively conventional combination that allows daylight generation to be stored as heat for use after dark—the company claims its process can achieve 68% efficiency.

That is better than the most efficient gas-fired generators that deliver 61% of their energy to the grid, the magazine reports. GE Global Research Senior Engineer Stephen Sanborn said the technique could lower the cost of electricity from US$250 per megawatt-hour to $100.

The process begins by freezing captured CO2 into dry ice at -109.3ºF/-78.5°C, then exposing it to molten salt at over 1,000ºF/537.8°C. That brings the CO2 to a “supercritical” state, somewhere between liquid and gas. Directed through a turbine, that supercritical material can generate prodigious amounts of energy. GE’s researchers claim their bench-scale model can put out 10 MW of electricity.

The research team is working on a 33-MW model and forecasts wide commercial availability of the technology within five to 10 years.