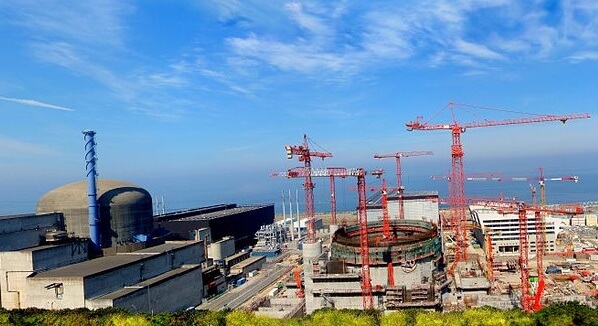 Construction of a new nuclear reactor in Flamanville

The economics of nuclear power in Europe are in meltdown, leaving taxpayers facing a heavy burden as the industry clings to pledges of huge public cash injections.

LONDON, 21 March, 2016 – The deeply troubled European nuclear industry, dominated by the huge French state-owned company EDF, home is now surviving only because of massive public subsidies from the French, British and Chinese governments.

The depth of the financial problems that EDF is facing was underlined last week by the resignation of its finance director, Thomas Piquemal.

He believes that building the world’s most expensive nuclear power plant – at Hinkley Point in southwest England – could threaten the viability of the group, whose finances are already stretched to breaking point, and so he decided he would leave.

Within days, both the UK prime minister, David Cameron, and the French president, François Hollande, pledged to support the building of the £18 billion plant, despite the fact that the economies of the project look disastrous.

They did so in response to a letter from EDF chief executive Jean-Bernard Levy, which said the project could not go ahead without a massive injection of new capital by the French government.

Immediately, Emmanuel Macron, the French economy minister, made it clear that EDF would be bailed out. He dismissed concerns in both countries about the high cost of the project and signalled the French government’s willingness to prop up EDF to enable it to complete the job, whatever it took.

With political cartoonists depicting the two planned 1,600 megawatt reactors at Hinkley Point as a giant white elephant, it is clear that most people believe it is only the political will of the two governments that is keeping the project afloat.

They are doing this with a little help from China, which has agreed to put £6 billion (US$8.7 billion) into the project, on a promise of being able to build a nuclear power station of its own in the UK, although there are no details of when this would be.

Despite strong support from the three governments, opposition to the project on both sides of the English Channel is strong.

In France, the nuclear industry employs 100,000 people, and the trade unions that represent many of them oppose the building of new British reactors because they believe it will jeopardise French jobs. EDF needs to spend billions on its ageing fleet of 58 reactors at home to bring them up to modern safety standards. And the unions’ views matter because they have six seats on the EDF board.

“This flies in the face of relentless ministerial rhetoric on value for money for consumers, especially compared to the costs of wind and solar power”

In the UK, there is also growing unease because it is clear that the British public will be paying three times the current electricity price for power from Hinkley Point for a guaranteed 35 years.

This extraordinary deal was made worse with the revelation a week ago that if for any reason the contract is terminated before 2060, the UK will be liable to pay EDF £22 billion in damages.

Caroline Lucas, a British Green Party member of parliament, called the damages a “poison pill” for taxpayers. She told the Guardian newspaper: “Hinkley represents a terrible deal for taxpayers and a huge burden on bill payers too.

“This flies in the face of relentless ministerial rhetoric on value for money for consumers, especially compared to the costs of wind and solar power, which are cheaper than nuclear and continue to fall.”

The UK government’s position remains that the new station will bring 25,000 jobs during its construction phase and will be a much-needed boost to energy supply, providing 7% of the country’s energy needs.

But EDF claimed in a statement that the company and its Chinese partner − the state-owned China General Nuclear Power Corporation,which is stumping up a third of the construction costs − are taking all the risks. British consumers, it says, will not pay a penny until the plant produces electricity.

When, if ever, the plant will produce electricity remains the great unanswered question of the whole saga. EDF is aiming for 2025, seven years later than its original target of 2017. But the chances of construction being completed by then are remote.

The reactor design is untried, and all four of the prototype reactors under construction at present are years behind schedule and massively over budget. The first, at Olkiluoto in Finland, is nine years late, and the second, at Flamanville in France, is six years late and counting. Neither is expected to start up for at least another two years.

British members of parliament will get a chance to ask questions about the Hinkley Point scheme when EDF executives and other nuclear industry experts appear before a parliamentary committee to answer questions on 23 March.

But some believe that the building of the nuclear power stations is not about economic reality, or even about producing electricity for the UK.

“By contrast, it’s got everything to do with political leaders in three nations (the UK, France and China), all of which ‘need’ Hinkley Point to happen for grubby geopolitical interests of their own.” – Climate News Network