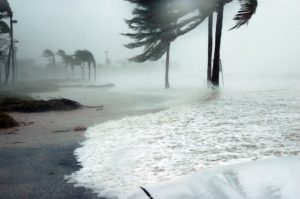 Action to control greenhouse gas emissions will be riskier and costlier than a more gradual transition, the European Systemic Risk Board concluded in a study released earlier this month.

“Keeping global warming below 2°C will require substantial reductions in global greenhouse gas emissions over the next few decades,” the report stated. But the economic and societal impacts of that transition will depend on how it is carried out.

The report identified three types of risk in the “adverse scenario”: macroeconomic impacts of a sudden shift, revaluation of carbon-intensive assets, and higher incidence of natural catastrophes.

“First, a sudden transition away from fossil-fuel energy could harm GDP, as alternative sources of energy would be restricted in supply and more expensive at the margin. Second, there could be a sudden repricing of carbon-intensive assets, which are financed in large part by debt. Third, there could be a concomitant rise in the incidence of natural catastrophes related to climate change, raising general insurers’ and reinsurers’ liabilities.”

The report recommends enhanced disclosure of carbon intensity for non-financial businesses, as a basis for assessing investors’ exposure to a “late and sudden transition” in the adverse scenario.