World’s Largest Coal Company on the Brink of Bankruptcy 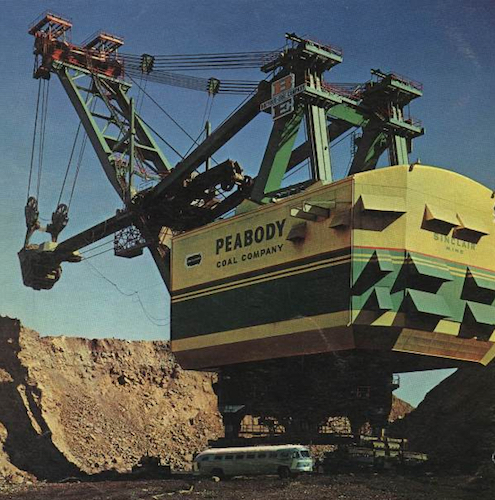 In a securities filing Wednesday, “Peabody said waning demand for coal around the world and stiffer regulations had raised ‘substantial doubt’ about whether the company could continue to operate outside bankruptcy,” the New York Times reports.

Peabody shares fell 47% by mid-day Wednesday, FuelFix reports. The stock has lost more than 97% of its value over the last year.

Last month, the company said it had reached the limit of its $945-million line of credit. This week, it announced that it would miss $71 million in interest payments. Those payments will go into default after a 30-day grace period.

“Peabody, which owns and operates coal mines across the United States and Australia, has been trying for weeks to negotiate a deal with its creditors to ease some of its debt payments,” the Times notes. “But those talks have failed to produce a deal, leaving Peabody with few options outside a bankruptcy filing, analysts say.”

Bankruptcy won’t necessarily shut down all of Peabody’s operations, FuelFix notes. “Filing for Chapter 11 bankruptcy protection allows companies to reorganize their debt while they keep their businesses operating. When Arch Coal filed for bankruptcy protection in January, for example, it said its mines would remain open and its employees would not be affected.”

But the impact of Peabody’s impending bankruptcy will likely be felt by anyone whose retirement savings haven’t been pulled out of the company’s stock, RenewEconomy warns. “It’s likely that thanks to the continued negligence of Australia’s superannuation industry, many of us have lost money on Peabody’s dramatic decline,” writes correspondent Dan Gocher.

“Much has been written about the demise of coal. And yet, super funds continue to invest in the sector, and continue to lose our money,” he notes. “Some managers have told us they have no choice but to invest in coal companies if a stock is a member of an index. They claim it’s too costly to exclude a stock or a sector. This is lazy thinking; but even if a customized index is more costly, it is not as costly as being invested in coal.”