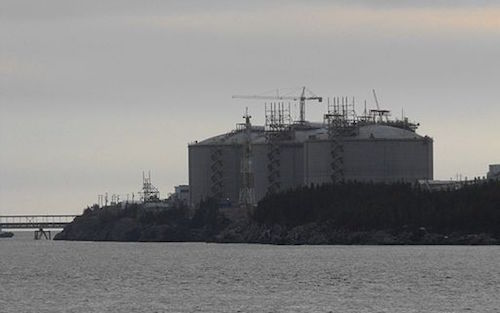 A C$2- to $4-billion plant conversion at the Canaport liquefied natural gas (LNG) facility in New Brunswick has been put on hold, after a lack of investors forced Repsol Canada to conclude the project wasn’t economically viable.

The Canaport facility currently imports LNG from overseas, but Repsol had proposed to retrofit the plant to manufacture and export the product. The project had won support from the provincial government of Premier Brian Gallant, which saw it as a way to add jobs in a struggling economy.

“Your government supports the Canaport LNG terminal in Saint John in increasing their business case and their exploration of the potential conversion to an export facility. This is good for the economy, it creates jobs,” the government said in its throne speech late last year. (h/t to The Energy Mix subscriber and Smarter Shift Senior Advisor Shelley Kath for pointing us to this story)