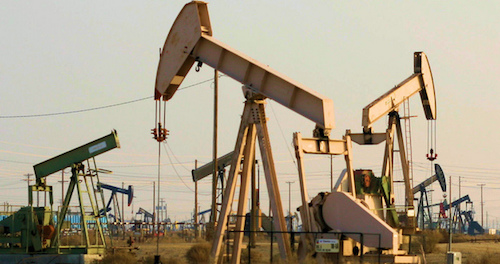 Alberta Energy Minister Marg McCuaig-Boyd is endorsing a pitch by the Petroleum Services Association of Canada for $500 million in federal infrastructure funds to decontaminate a small share of the more than 75,000 abandoned oil and gas wells across the province.

“Good on them,” McCuaig-Boyd said after the association released its proposal Monday. “That’s one way to get Albertans back to work in the interim, and it isn’t unprecedented,” given a similar provincial program introduced in 2009.

While oil and gas companies are responsible for cleaning up their own messes under Alberta’s polluter-pay policy, the Minister pointed to the opportunity to relieve some of the province’s economic woes. “We could put a lot of folks to work in a fairly quick time, because the skills are out there right now and it is an issue that needs to be dealt with,” she said. “No solution is going to provide jobs for everybody, but we need to look at how we can get as many Albertans back to work as we can.”

When the Petroleum Services Association released its proposal, spokesperson Mark Salkeld said his members wouldn’t normally look for a government handout. “In reality, we weren’t comfortable asking for money,” he told Canadian Press. “We don’t want to be see in the wrong light.” But he said the plan would get remediation work rolling while fossil companies are trying to minimize costs.

“We’re saying, ’Let’s not wait any longer. Let’s do something now and keep people working, and not lose people to other industries and other provinces.’”

In December 2014, a Princeton University team warned that abandoned oil and gas well could become greenhouse gas “super-emitters” without efforts to measure and reduce their methane emissions.