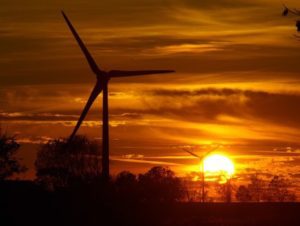 The world economy could net as much as US$3.9 trillion per year in savings by doubling the renewable share of the global energy mix to 36% by 2030, the International Renewable Energy Agency (IRENA) reported this week.

“Achieving a doubling is not only feasible, it is cheaper than not doing so,” said IRENA Director General Adnan Amin. “It would create more jobs, save millions of lives from reduced air pollution, and set us on a pathway to limit global temperature rise to 2°C as agreed in Paris.”

Renewables supplied about 18% of global energy in 2014, on track to deliver 21% by 2030. “Doubling the current share would help achieve a global target to limit the rise in the global average temperature to below 2°C above pre-industrial levels, which was agreed at a summit in Paris last year,” Reuters reports.

“The report said the cost of doubling the renewable share by 2030 would be $290 billion a year, but the annual net savings from reducing pollution and emissions on human health and agriculture would be between $1.2 trillion and $4.2 trillion.”