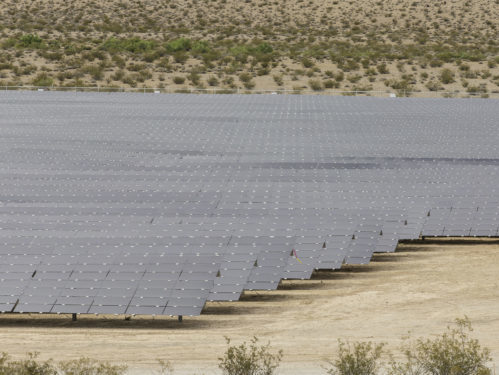 The United States solar market is on track to grow 119% and exceed 100 gigawatts of total installed capacity this year, according to a new study from GTM Research and the Solar Energy Industries Association (SEIA).

The industry may also celebrate its millionth installed solar energy system in 2016.

“This is a new energy paradigm, and the solar industry officially has a seat at the table with the largest energy producers,” said SEIA President and CEO Rhone Resch. “Because of the strong demand for solar energy nation-wide, and smart public policies like the Investment Tax Credit and net energy metering, hundreds of thousands of well-paying solar jobs will be added in the next few years, benefiting both America’s economy and the environment.”

“With the federal Investment Tax Credit (ITC) initially set to expire at the end of this year, developers and EPCs (engineering, procurement, and construction contractors) filled their pipelines with projects that would come online in 2016,” he notes. But with the renewal of the ITC last year, “state-level drivers and risks will move to the forefront and play even larger roles in the growth of both distributed and utility-scale solar.”