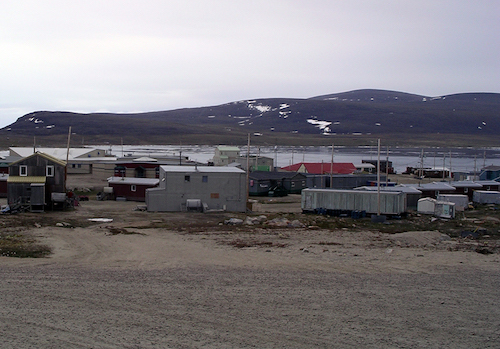 Two Canadian Indigenous communities were celebrating last week after the Supreme Court of Canada gave them leave to appeal Federal Court of Appeal decisions in favour of fossil fuel-related activities in their territories.

The Chippewas of the Thames First Nation will appeal a ruling permitting Enbridge Inc. to transport diluted bitumen from the Alberta tar sands/oil sands through southern Ontario to Quebec via its Line 9B pipeline. In dismissing the community’s concerns, the appeal court “did not consider previous decisions, which establish the Crown’s duty to meaningfully consult with and accommodate us on projects that may potentially impact those rights, such as Line 9,” said Chief Leslee White-Eye.

In Nunavut, meanwhile, the hamlet of Clyde River will speak up against a ruling that quashed its case against a Norwegian-led consortium’s seismic testing in Davis Strait, near Baffin Island. The community “fears the loud, high-intensity sounds used to help map the sea floor in the tests would disturb or harm seals, whales, walrus, and other marine mammals relied upon by the locals for food,” CBC reports.

“With all the support we have behind us, we were able to file to the Supreme Court. Now they’ve accepted, and it’s unbelievable,” said former mayor Jerry Natanine. “It’s totally unbelievable that they’ve agreed.”

The community had been seen as an underdog in its fight against the National Energy Board’s seismic testing permit.

“It’s a whole new ball game now,” said Clyde River lawyer Nader Nasan, who pointed to the small number of cases the Supreme Court accepts each year. “We may have lost at the National Energy Board level. We may have lost at the Federal Court of Appeal level. But that’s the regular season, and now it’s the playoffs.”