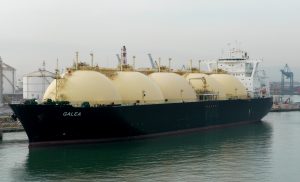 Two regulatory and business decisions in the last several days are taking some of the pressure off the Pacific Northwest region of the United States as an export gateway for fossil fuels.

In what EcoWatch describes as a “huge victory” for environmental groups, the U.S. Federal Energy Regulatory Commission (FERC) ruled against the Jordan Cove project, a massive liquefied natural gas terminal and pipeline proposed for Port of Coos Bay, Oregon. A day earlier, Arch Coal—the second-largest coal company in the U.S., which declared bankruptcy in January—abandoned plans for its proposed Otter Creek coal mine in southeastern Montana, according to the Institute for Energy Economics and Financial Analysis.

In the Jordan Cove decision, FERC found that “the generalized allegations of need proffered by Pacific Connector [the pipeline proponent] do not outweigh the potential for adverse impact on landowners and communities.” The Commission added that “the record does not support a finding that the public benefits of the Pacific Connector Pipeline outweigh the adverse effects on landowners.”

Sierra Club had filed a formal request that FERC reject the terminal and pipeline. “This historic victory is the result of over a decade of hard work by Oregonians and their allies across the environmental movement committed to protecting their communities from this dangerous proposal,” said Executive Director Michael Brune. “Fossil fuels like gas are not in the public’s interest, and we are thrilled to see FERC make this ruling and take such a strong stance.”

The Arch decision, meanwhile, shows “that the market sees no need for a new mine of the size and type Arch originally thought workable,” writes IEEFA Director of Finance Tom Sanzillo. “Price signals from both international and domestic markets are weak, and there is nothing to suggest they will improve significantly in the foreseeable future.”

The Otter Creek story illustrates that “the order of the day across the industry is shrinkage—mine closings and consolidations—not expansion,” he adds, and that “dreams of a U.S. coal export boom off the West Coast have failed (along with Arch’s sponsorship of related rail and port projects), a reality that companies still looking to expand port capacity would do well to heed.”