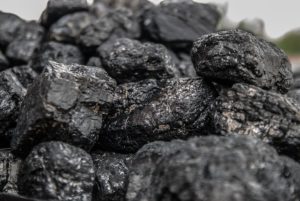 JPMorgan Chase & Co., a bank built on a financial foundation of coal-fueled railroads in the last century, has announced it will no longer invest in coal mining.

The New York bank is also stepping back from participation in other coal-exposed businesses. It will no longer issue loans to coal-fired plants being built in “high-income” OECD countries, Bloomberg reports. And in medium- and low-income countries, it will “back only coal-fired power plants that employ ‘ultra-supercritical’ technology that is more efficient than conventional,” while considering plants that use carbon capture and sequestration technology on a case-by-case basis. Over the medium term, the bank will also reduce its exposure to companies that depend on coal for most of their revenues.

JPMorgan joins Bank of America Corp., Citigroup Inc., Morgan Stanley, and Wells Fargo & Co. among big American financial institutions that have responded to divestment campaigns by pledging to drop or reduce their coal financing. “We believe the financial services sector has an important role to play as governments implement policies to combat climate change,” JPMorgan said in a release.

The decision is another blow to a struggling U.S. coal industry whose combined market capitalization has plunged from US$74.4 billion to less than $7 billion since 2011, according to Bloomberg.