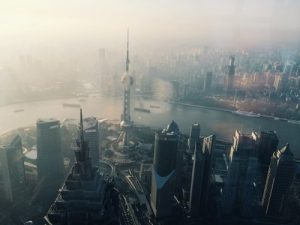 China has set a 2020 deadline to cap its energy consumption at or below the equivalent of five billion metric tons of coal.

It was the first time the central government had set a hard target for energy use, although it has committed to achieving a peak in greenhouse emissions, and a subsequent decline, by 2030.

China laid out the energy target in its 13th Five-Year Plan, alongside aims to reduce industrial over-capacity and resource waste. The country consumed 4.3 billion metric tons of coal equivalent in 2015, “up 0.9% from a year earlier,” MarketWatch reported. “The new consumption cap will increase slightly each year, rising to a maximum of five billion metric tons by 2020.”

The Chinese government dismissed a suggestion that its emissions may already have peaked.

Citing official statistics (whose accuracy has been questioned), ClimateHome reported last month that the world’s top carbon polluter reduced its coal use last year by 2.8%, and its production by 3.5. Some data show that China’s greenhouse emissions also fell in 2015, Reuters reports. “It is quite possible that [China’s] emissions will fall modestly from now on, implying that 2014 was the peak,” concluded a recent study by the London School of Economics’ ESRC Centre for Climate Change Economics and Policy and the Grantham Research Institute on Climate Change and the Environment.

But China’s climate change envoy Xie Zhenhua rejected that conclusion during a news briefing. “You asked whether our emissions had peaked in 2014,” he responded. “Certainly not. In fact, our carbon dioxide emissions are still increasing.”