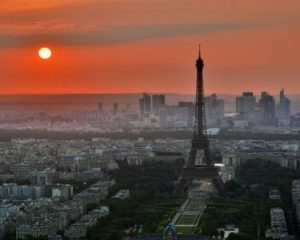 Both the European Union and the United States are falling behind on the greenhouse emission reduction commitments they confirmed just three months ago in Paris, reports from both places indicate.

The European Union will release two billion more tonnes of CO2 than its delegates promised at the December Paris climate summit, The Guardian reports, citing a confidential briefing prepared for member of the European Parliament. The note warns that the Eurozone’s carbon price is too low to deter rising emissions, but cannot be raised without incurring protest from such coal-dependent EU members as Poland.

The EU was “caught between a rock and a hard place,” said Green MEP Bas Eickhout. “The current proposals are not consistent with what was agreed in Paris, and they are not even in line with what’s necessary to stay below 2ºC.” Earlier in the month, another leaked document, meant for EU foreign ministers, warned that “profound lifestyle changes” would be required to achieve emissions reductions consistent with an average global warming limit of 1.5ºC.

Meanwhile, a draft report by the U.S. Environmental Protection Agency shows the country’s emissions climbed almost 1% in 2014, exceeding levels when U.S. President Barack Obama took office in 2009. Last April and again at Paris, Obama committed his country to cut emissions by 26 to 28% below 2005 levels by 2025.

“The new data shows that from 2005 to 2014, emissions went down just 7.5%,” most of that during the 2008 recession, InsideClimate News reports. Output has been climbing again since 2011, “leaving most of those promised reductions off in the distance, like a hazy mirage.”