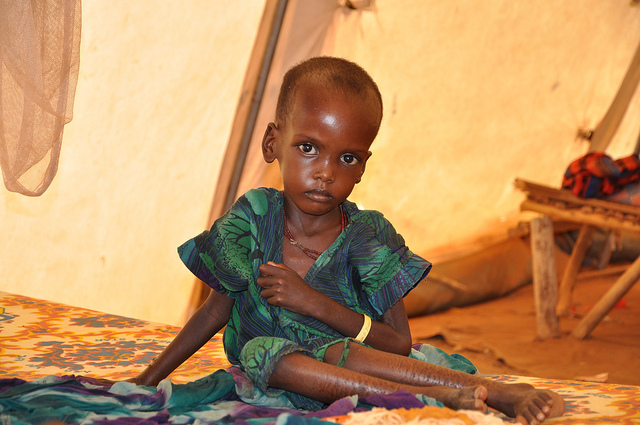 Starvation brought on by climate change could kill 529,000 people around the world between 2010 and 2050, representing a 28% reduction in the number of deaths that could be avoided by proper nutrition, according to a paper published this week in the prestigious journal The Lancet.

“The health effects of climate change from changes in dietary and weight-related risk factors could be substantial, and exceed other climate-related health impacts that have been estimated,” concludes post-doctoral research Marco Springmann of the Oxford Martin Programme on the Future of Food, along with several other authors.

“Climate change mitigation could prevent many climate-related deaths,” they add, and “strengthening of public health programs aimed at preventing and treating diet and weight-related risk factors could be a suitable climate change adaptation strategy.”

While food security issues arising from climate change have received considerable attention, the Oxford study focused on “the wider health impacts of future changes in agricultural production,” Springmann and his colleagues wrote. “In this modelling study, we estimate excess mortality attributable to agriculturally-mediated changes in dietary and weight-related risk factors by cause of death for 155 world regions in the year 2050.”

The study concludes that global per-person food availability will fall 3.2% by mid-century, leading to a reductions of 4.0% in fruit and vegetable consumption and 0.7% in red meat. The analysis was based on a series of possible scenarios for greenhouse gas emissions and socio-economic conditions.