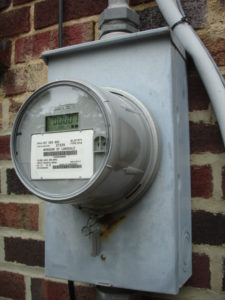 America’s electrical utilities are fighting back against a ten-year-old federal pricing mandate, now in place in 47 states, that’s credited with kick-starting the residential solar boom.

In the latest skirmish, Nevada utility NV Energy is fighting a ballot initiative that would force it to restore rates that it slashed last year for buying back excess power from residential solar systems. But several outlets report a wave of pushback against mandated net metering under by the 2005 Energy Policy Act. It required utilities to connect customers with residential solar system to the grid and compensate them for power they delivered—but it left the design of those programs to states and utilities.

The incentive of credit for surplus electricity generated helped spur an astonishing 53% annual compound growth in residential photovoltaic applications between 2005 and 2015. But “there is no doubt,” AltEnergyStocks reports, “that [utilities] see this growth in terms of revenue decay.”

Now many are pushing back, in many cases reducing what they pay for distributed generation returned to the grid from retail to lower wholesale or “avoided cost” rates. In at least 30 states, utilities are seeking to raise fees they claim represent residential solar owners’ share of fixed grid costs.

That may already be happening in Nevada, where regulators approved a sharp drop in power feed-in rates last year, and last month refused to grandfather the higher rates originally promised to existing solar customers: new solar installations fell by 90% between December and January, and three major solar developers abandoned the Silver State.