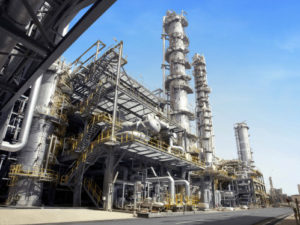 With the world’s available carbon budget narrowing even further in light of the 1.5°C average global warming limit adopted at the Paris summit, low oil prices may be a sign the Saudi monarchy intends to escape the bursting ‘bubble’ when those reserves must be written down by pursuing a ‘burn it while you’ve got it’ strategy.

With production costs around US$10 a barrel, Saudi Arabia can make money at global market prices hovering around $30, unlike producers that face much higher costs to extract a barrel of crude from tar sands/oil sands deposits or other “unconventional” sources. That puts the Gulf nation in a position to run out much of its cheap oil reserve before hard climate-driven carbon budgets constrain—and shut out—those higher-cost producers, observes University of Victoria environmental studies professor James Rowe.

The Saudis would like to see the age of oil go on as long as possible, Rowe writes. But with the world on the brink of an historic transition away from fossils, “the Saudis appear to be positioning themselves for the next best option: gobbling up as much of the earth’s remaining carbon budget for themselves before the bubble bursts. Isn’t it better to sell at a lower price than to receive nothing at all from vast unburnable reserves?

“By keeping prices relatively low and outcompeting higher-cost producers, the Saudis not only protect short-term market share. They also ensure that by the time demand shocks arrive, the Kingdom will have sold what it could while its reserves were still burnable.”

Last week, Saudi oil minister Ali al-Naimi urged high-cost fossil operators to either find a way to lower their costs—or get out of the business.