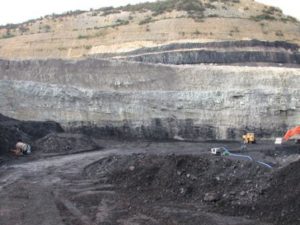 Canada is on the list of countries where international climate activists plan to hold direct action events to close down major fossil fuel sites around the world in May, The Guardian reports.

“We are close to a historic, global shift in our energy system,” writes Break Free 2016, the group planning the campaign. Scientists have estimated that 80% of current coal reserves must remain in the ground to maintain a habitable climate. “We’re mobilizing to shut down the world’s most dangerous fossil fuel projects,” the group says, “and support the most ambitious climate solutions.”

U.S.-based 350.org, which has spearheaded campaigns for fossil fuel divestment, is helping to coordinate the international actions, Carrington writes.

The group says it will mobilize “tens of thousands of people” at a dozen international sites between May 4 and May 15. One of those will be the UK’s largest coal mine, at Ffos-­y-fran in Wales, but the group did not identify its other planned targets. In addition to Canada and the UK, protests are planned in Germany, Spain, Turkey, Israel and Palestine, Indonesia, Philippines, Nigeria, South Africa, the United States, Brazil, and Australia.