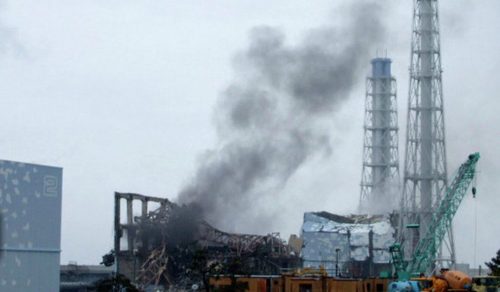 The decision comes four years after a group of more than 5,000 people from Fukushima and other parts of Japan filed a criminal complaint. “I believe truths about the accident that we are not told as of yet will be revealed in court, and that a fair ruling will be handed down to the defendants for their responsibility,” said spokesperson Ruiko Muto.

The indictment says the three TEPCO executives “failed to foresee and take precautionary steps for the tsunami, resulting in the deaths of 44 hospitalized elderly people during the evacuation period and injuries to 13 soldiers who responded to the emergency,” AP reports, citing the Kyodo News service. According to a judicial committee ruling in July, “the three men were aware by 2009 of the risk of a massive tsunami to the Fukushima plant. It said they should be charged with professional negligence resulting in death and injury during the accident and its aftermath. TEPCO and government officials say no one died as a direct result of radiation released by the accident.”