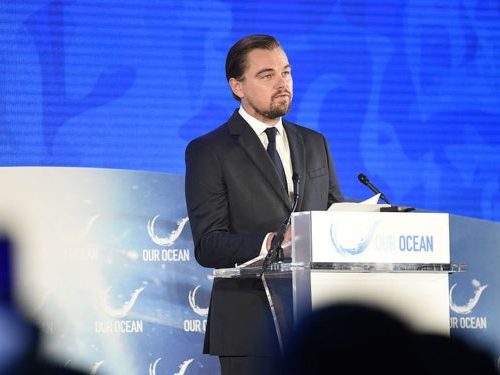 Film star Leonardo di Caprio made a pitch for climate action last night as he accepted an Academy award for best actor for his role in The Revenant.

“Climate change is real. It is happening now,” di Caprio said. “We need to support leaders around the world who do not speak for the big polluters or the big corporations, but who speak for all of humanity.”

Di Caprio, who had previously linked his work on The Revenant to his concerns about climate and Indigenous rights, described climate change as “the most urgent threat affecting our entire species.” He revealed that filming of a movie that “was about man’s relationship to the natural world” was disrupted by the need for a bitterly cold, winter setting.