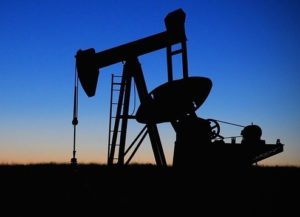 If you can’t compete, get out of the market.

“The producers of these high-cost barrels must find a way to lower their costs, borrow cash, or liquidate,” al-Naimi said. “It sounds hard, and unfortunately it is, but it is a more efficient way to rebalance markets,” he added. “Cutting low-cost production to subsidize higher-cost supplies only delays an inevitable reckoning.”

Global oil prices dropped 4% following al-Naimi’s comments, to US$33.27 per barrel for benchmark Brent crude and US$31.87 for West Texas Intermediate.

Last week, Saudi Arabia, Qatar, Venezuela, and Russia agreed to freeze oil production at January levels. But key producers Iran and Iraq weren’t a part of that deal, and analysts said the announcement wouldn’t be enough to clear a glutted market, or hold out any prospect of higher prices.

“If they freeze production at January levels when you’re already oversupplied by around a million barrels per day, it just prolongs that situation of oversupply,” analyst Dominic Haywood of Energy Aspects told Reuters.

“If there was a theme to the speech, it was that high-cost producers don’t have much of a future,” CBC reports. “Al-Naimi wasn’t specifically speaking of Canada with that comment, but said earlier in the speech that $100 oil had unleashed investments in what were previously uneconomic oil fields such as the Canadian oilsands.”

The Saudi minister added “that he would prefer it if oil didn’t continue to trade at the $20 level, but that he could live with it,” Johnson writes.

“There is no sense in wasting our time seeking production cuts; they will not happen,” al-Naimi told conference delegates. “What will happen is we will all as major producers find it easy to freeze production, let demand rise, and let some inefficient supplies decline, and eventually the market will balance.”